I just bought a Asus router that sometimes it is overheat like 80C. For cooling, I bought a pair of USB powered fan and it works well, however, it’s waste of energy while CPU is idle. So I think it’s a good idea to use USB control a relay that switch on fan while CPU is hot and turn it off while it’s idle. 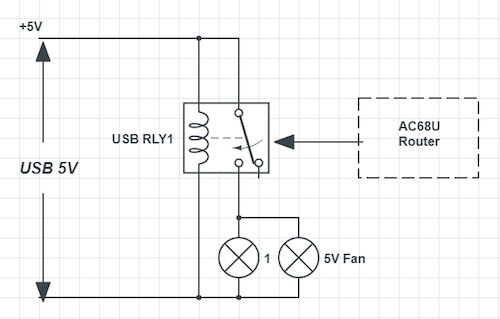 I bought a usb hid relay from Taobao( Chinese version of Ebay) for only $2.5 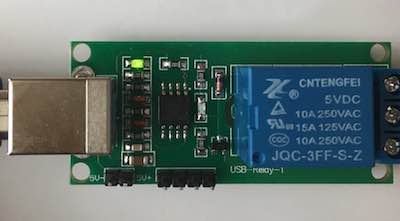 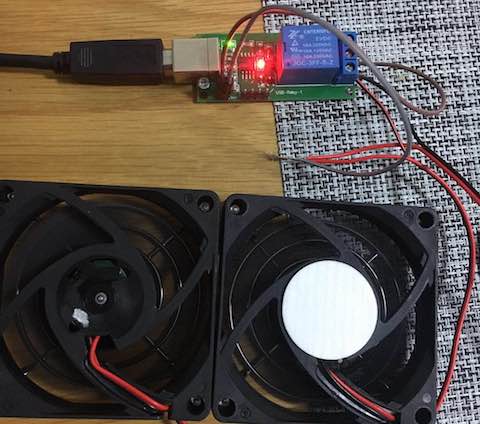 But when I try to coding, the vendor didn’t has any kind of opensource code nor protocol to drive this relay 🙁 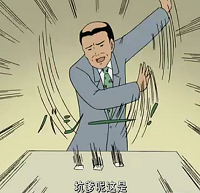 After painstacking search on Google, I found a project named USB Relay HID, which is same device and implment by … well … C

I love Golang, so why not try it in Golang?

Lucky Serge Zaitsev has already written a pure USB HID driver, which only support Linux and it’s fine to me.

First, I use my Mac to do the cross compile the example code from the usb hid driver project, and scp to my router and it works!

Some note, although RT-AC68U is based on ARMv7 but it don’t have FPU, so don’t try to use GOARM=7 or you will get this error:

Now we had done with compiling, let’s take a look at the driver code. Fortunately the code is simple and easy to understand, here is the core control code

After I copied the code, it just not working, what could possibly gone wrong?

I found some definition of USB requests at USB in nutshell Chapter 6 , for server engineer like me, I think this is a good analogy below. 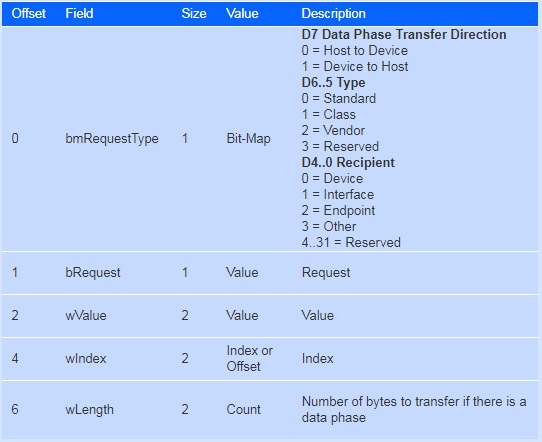 I tried to capture the USB package by Wireshark to see the diffrenece between USB HID RELAY and I own driver.
tcpdump -i usbmon -w cap.pcap 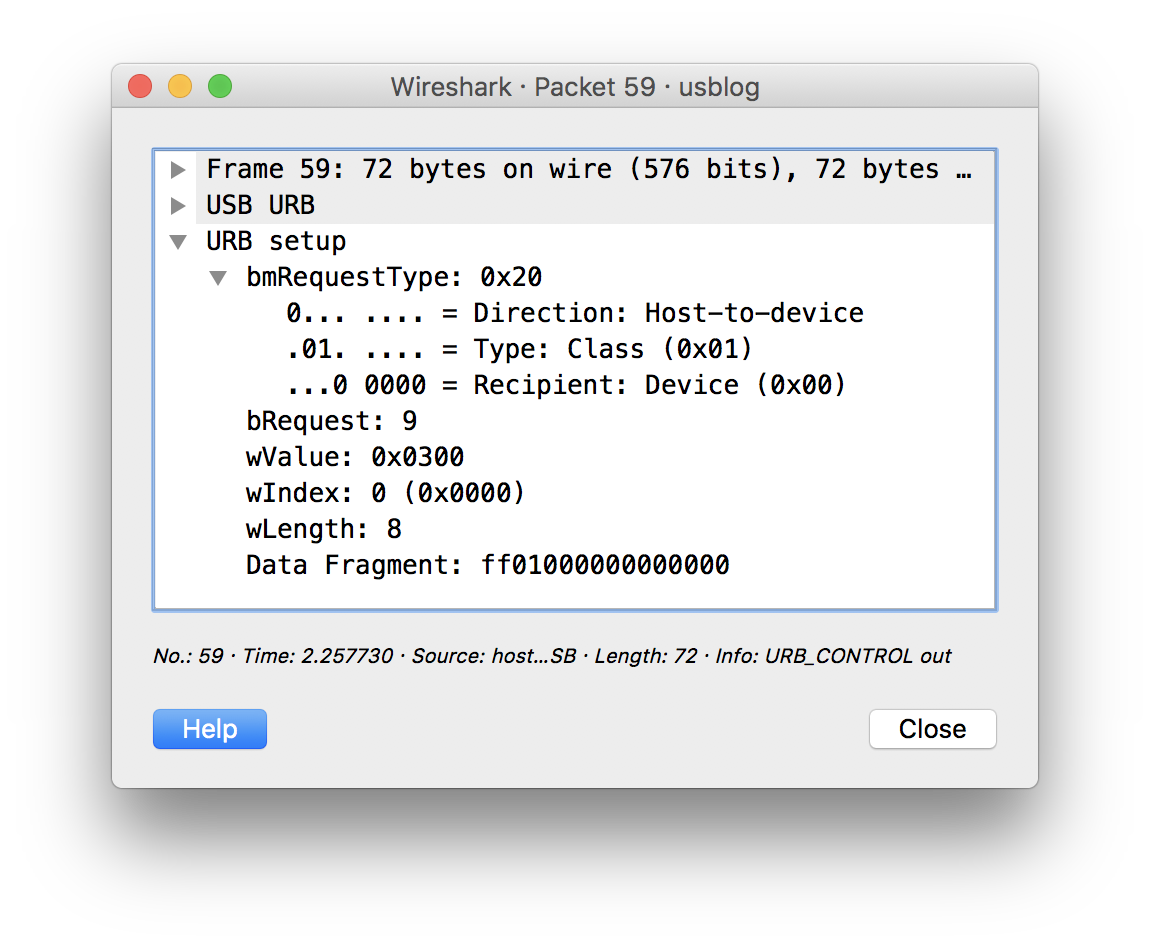 Turns out there is one byte less in the good control request. You can see that at the Data Fragment.

One more thing. Status from relay, I tried to send GetReport request, nothing came back.
I used tcpdump and Wireshark, again. 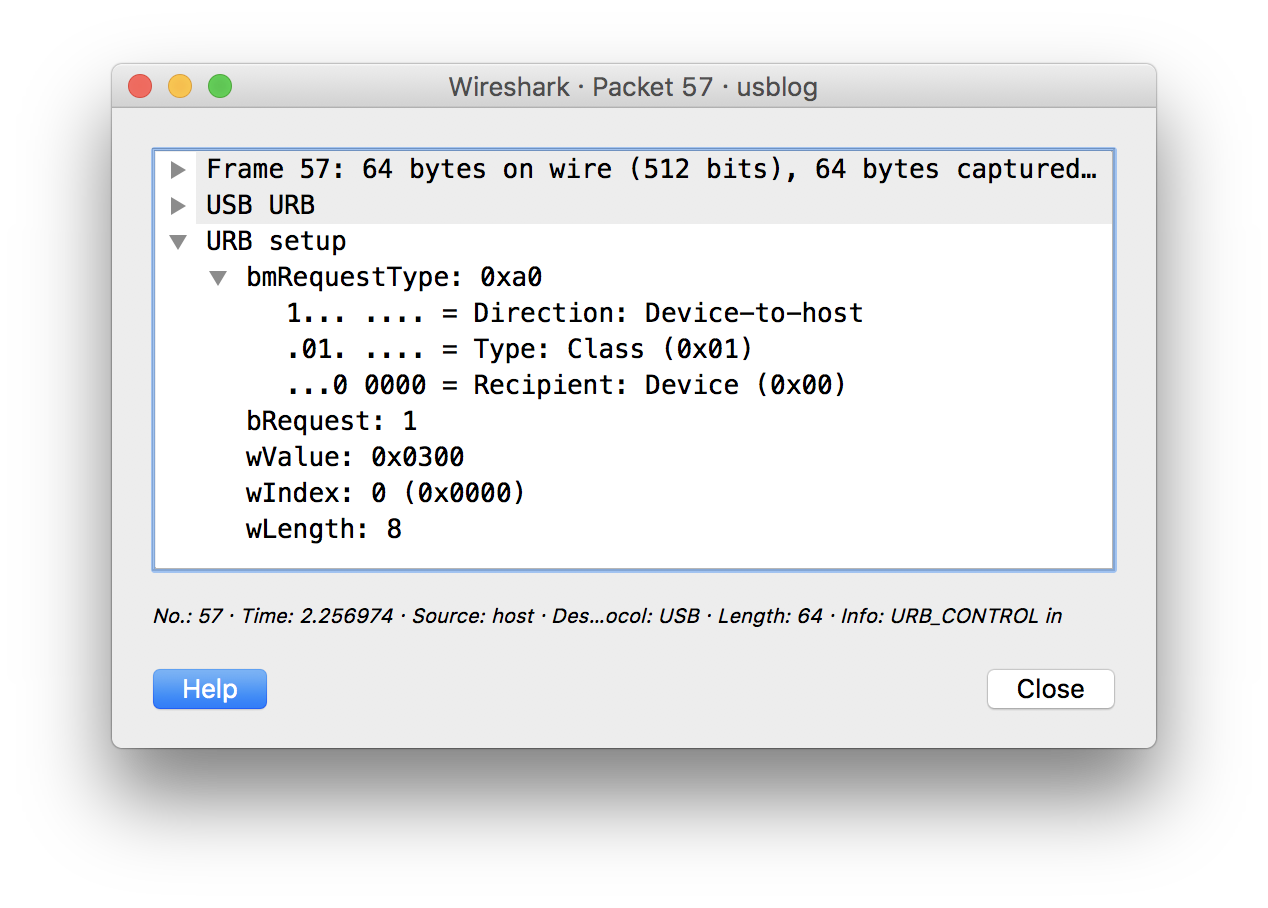 Well, this USB relay vendor using a non stadrad request for the reporting feature. So I have to construct a non standrad request too.

Compile, execute it, and it works!